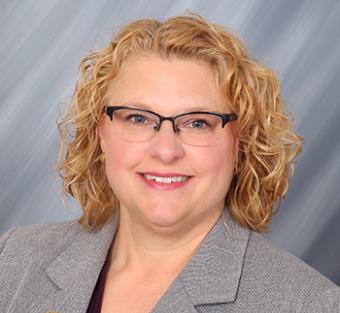 Dutton is responsible for the direction and operations of the Small Business Development Center at the University of Northern Iowa.  This no-cost, and confidential service provides technical business assistance to start-up and small businesses in a nine-county region of northeast Iowa.

Amy Dutton has more than 20 years of management experience in Cedar Valley small and medium enterprises. With experience in both for-profit and nonprofit leadership, Dutton is positioned to help support entrepreneurs and small business owners. Her objective is to help my clients make good decisions that will allow them to be successful with their enterprises.

Hobbies & Interests:
Dutton enjoys reading, particularly historical fiction and non-fiction unrelated to her profession. A day isn't complete without knocking out the New York Times crossword puzzle and Daily Jumble. Dutton and her husband maintain a backyard garden, perfect for bird watching. They also enjoy traveling where they can hike, enjoy nature and take their Jeep off-road.

Over her twenty years in management roles in the Cedar Valley, Dutton has played a key role in several major projects. She led the property team as general manager at College Square Mall during their multi-million dollar property renovation in 2006. Additionally, she served as director of operations at the Northeast Iowa Food Bank during their planning, construction and transition of operations to a state-of-the-art $6-million facility. Dutton was named as a member of the Waterloo-Cedar Falls Courier’s “Top 20 and 40” and received recognition for her volunteer efforts in 2016 as a recipient of the Iowa Governor’s Volunteer Award.